A sacred process in Balinese tradition called Mediksa where Balinese priest become Sulinggih (a higher status) to able to communicate and connect to Ida Shangyang Widhi Wasa (Balinese Hindus God). In this process the priest must pass a step what it call “Seda Raga” (where the priest will go into coma condition) before become Sulinggih. This step required as the most important part of the ceremony, therefore the Sulinggih will able to see the path to Nirvana to lead the holly sprit once they passed away. Mediksa will be lead by what it call as “Guru Nabe” Guru Nabe is a teacher in Hindus Priest who will teach the Priest to become a Sulinggih, only Nabe who can decided if the student will pass and can become a Sulinggih.

I was lucky enough to witness this sacred ceremony, even I am Balinese it is very rare to see Mediksa ceremony. This ceremony was held in Buleleng, Busung biu village, I was there for three days two night as one of my friend asking my help to photograph the Ceremony. On the first day it called “Ngenteg Linggih”. On this day all family will come to help for the main nceremony which is the next day, starting from preparing all the offering, making drinks and food for the guest, greetings the guest and greetings all the Sulinggih and Nabe that who come to witness the process. 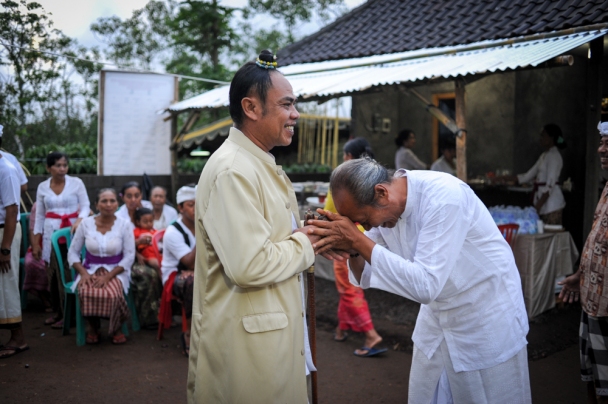 After an hour, the Nabe will go to the room where the candidate still unconscious then he will splash a holly water to wake them up, once they wake up they will be reborn as a Sulinggih. Slowly the new Sulinggih woke up from their “Seda Raga”, the Nabe then give them a holly water to drink, to wash their face and they took a bath and they will get dress. They hair will be tied up (this is the characteristic of Sulinggih), all the body part from leg to their head will be written with Balinese sacred word. After that they will be carried to their family temple for praying. 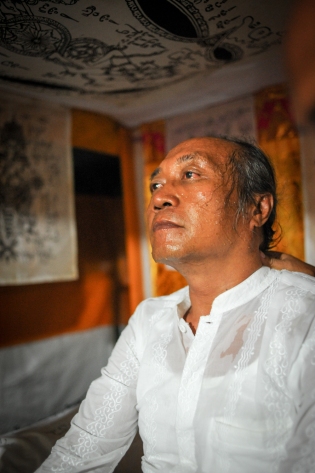 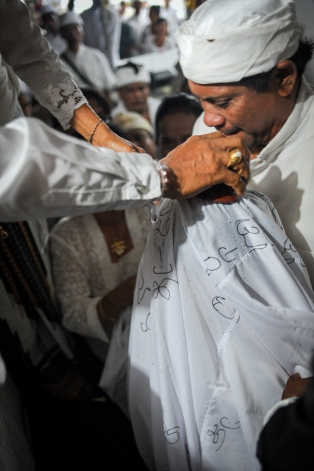 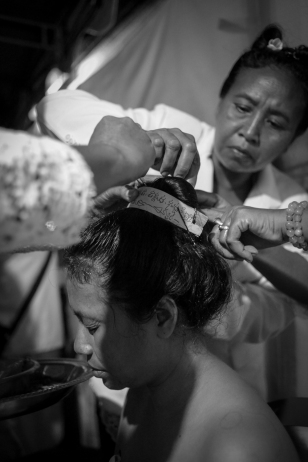 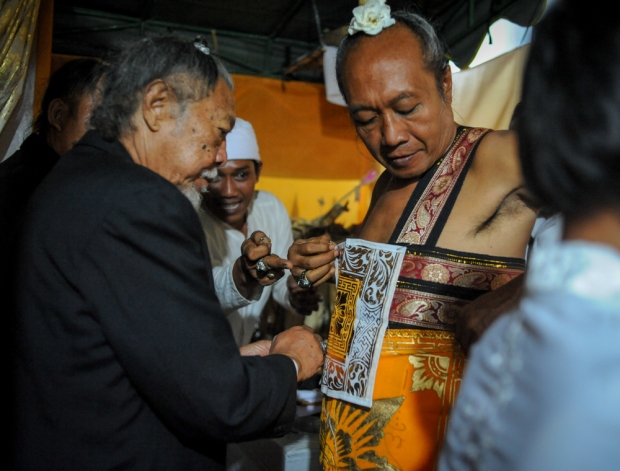 The next day the New Sulinggih will lead the ceremony for the first time and He will pray the offering to the God.